As a company with an initially strong focus on consumer technology, Samsung Electronics with its broad partner network has now also established itself in the B2B sector. By 2020, the company aims to generate a substantial portion of its total revenue from B2B business. Samsung offers integrated technological solutions for companies in a wide range of industries, enabling them to benefit from digitization and remain competitive in the long term. These include solutions for the mobile workplace as well as for security or connected, collaborative work. Discover the latest news, background information and press materials at www.samsung.de and in the Samsung Newsroom at news.samsung.com.

Uncertain and harsh environments no longer prevent you from taking advantage of the latest digital workflow tools. Rugged design with a sense of sophistication.

The Galaxy Xcover4s is thinner than previous generations and features an easy-to-grip, non-slip finish. It won't slide out of your hand unexpectedly while on the go. Designed to function wherever you go, with IP68 and MIL-STD 810G certification, the Galaxy Xcover4s is durable enough to withstand harsh conditions. Whether you're hiking or playing outdoor sports. You can rest assured your device is protected against dust and water. Learn more.

The Galaxy Tab Active2 is MIL-STD-810G and IP68-certified, so it’s tough enough to withstand rough treatment on a daily basis, and still be dependable. Built to handle drops, shocks and outdoor environments, rain or shine, it’s ideal for public safety. You can document incidents on-scene. Have access to the latest information and bulletins no matter where you are. File reports from the field, complete with photos and video. The Samsung Galaxy Tab Active2 also features our defensegrade Knox platform for enhanced security options. Biometric security includes an advanced fingerprint scanner, as well as facial recognition so you can sign in even while wearing heavy gloves. With the Samsung Galaxy Tab Active2, you can do your job more dependably, no matter the conditions. Learn more.

Enterprise-standard mobile applications have become more complex and it is increasingly difficult to integrate them into existing IT infrastructures, therefore security, customisation, administration and device management remain a challenge for many businesses. This all-in-one package gives businesses everything they need, including the latest Samsung devices, Knox enterprise software, and ongoing tech support. The Enterprise Edition devices bundle gives you efficiency and savings, and helps you easily set up an enterprise mobile ecosystem.

In addition to the essential services such as Samsung Knox security, Dual messenger etc., Enterprise Edition devices are delivered with the following software solutions:

Knox is Samsung’s guarantee of security, and a secure device gives you the freedom to work and play how, where, and when you want. Samsung Knox consists of a highly secure platform built into Samsung devices and a set of solutions that leverage this platform.

Whether you’d like to keep your personal photos private, or remotely manage a batch of business smartphones, Knox has you covered.

Knox Configure. Remotely configure a large number of Samsung devices and tailor them to specific needs with the cloud-based Knox Configure. Create profiles with device settings, restrictions, apps, and other content, and enrolled devices will automatically receive them via WiFi and mobile data. Learn more.

Knox Plattform for Enterprise. The Knox Platform for Enterprise solution provides a robust set of features on top of the core Android Enterprise platform, to fill security and management gaps and meet the strict requirements of highly regulated industries. The additional features in KPE have been designed to address more sophisticated security needs for confidential data, providing powerful features for Android for stringent requirements in highly regulated industries. Learn more.

Knox Mobile Enrollment. Add thousands of Samsung devices to your enterprise at once, without having to manually enroll each one. Your users just power on their devices and connect to the network to enroll to your enterprise mobility management (MDM/EMM) provider. Knox Mobile Enrollment is the quickest and most automated way to enroll a large number of devices to your MDM/EMM for corporate use. Once an IT admin registers a device with the service, the device user simply has to turn it on and connect to Wi-Fi or 3G/4G during the initial device setup process. Learn more.

Knox Manage. Knox Manage’s cloud-based command center empowers IT admins to remotely manage and configure device settings. It doesn’t require any system integration, empowering admins to quickly and easily set up their corporate environment. Smartphones are portable powerhouses, but with Knox Manage, an enterprise can restrict how these devices are used to prevent the leaking of confidential business data by employees performing unintended actions. More than 280 policies are available, including whitelisting and blacklisting apps or websites, as well as pushing required apps or files. Learn more.

Communication is something we take for granted. We are used to reaching anyone we need to, wherever they are, whenever we want. But when communication breaks down among public safety agencies, it can cause serious problems — especially in high-stakes situations.

Samsung and other service providers are working with governments around the world to build public safety-specific LTE (PS-LTE) networks that will give all agencies a standardized, persistent way of connecting and communicating — both with their own team members and first responders from other agencies. This standardized, broadband, LTE wireless communications network for public service agencies will solve urgent communication challenges that today include non-uniform tools, overloaded phone lines, antiquated approaches to information sharing, and many other complications.

Having reliable, priority access to a wireless communications network is the most obvious benefit of PS-LTE, but it is also about allowing agencies to transition to modern mobile-based work. First responders will have full access to broadband data, allowing the introduction of new mobile applications for everything from evidence collection, to e-citations and SOS alerts that notify dispatch of the location of an officer via GPS. Persistent access to record management, databases and smart analytics will lead to more efficient policing, coordinated life-saving efforts and crime solving.

More than 39 countries are currently in the process of implementing dedicated public safety networks, including the United States, South Korea and the United Kingdom.

PS-LTE removes these barriers, enabling first responders to use a uniform communication method that is also highly reliable. Civilian phone traffic is not allowed on public-safety-specific networks — equally important for those times when a sporting event or an emergency situation can send phone usage sky-high.

It also enables faster data transfer, which can have far-reaching effects on first response procedures. For example, the ability for responders to share photos and videos using connected mobile devices can help command staff better understand the situation in the field and make more informed decisions.

Simply put, having a dedicated public safety network will bring first responders into the modern era of communication by giving them an experience that aligns with the consumer platforms and devices they already use in their personal lives.

Imagine a situation where a local police department receives a call at dawn from a concerned citizen whose teenage daughter has not returned from visiting a friend in a nearby town, which happens to be across state lines.

The local police move quickly to mobilize county and state-level agencies, as well as working with local and county police in the town she was visiting.

As the investigation progresses and the search begin, normally these first responders would rely on walkie-talkies to communicate. But if search agents end up on different bands or frequencies, it might stall or even debilitate their efforts, leading to a communication breakdown that, in an emergency situation, could result in tragedy.

With a dedicated public service network, this stops being a challenge. Teams can use smartphones with push-to-talk capabilities, much as they would walkie-talkies, but without the drawbacks of that aging technology. 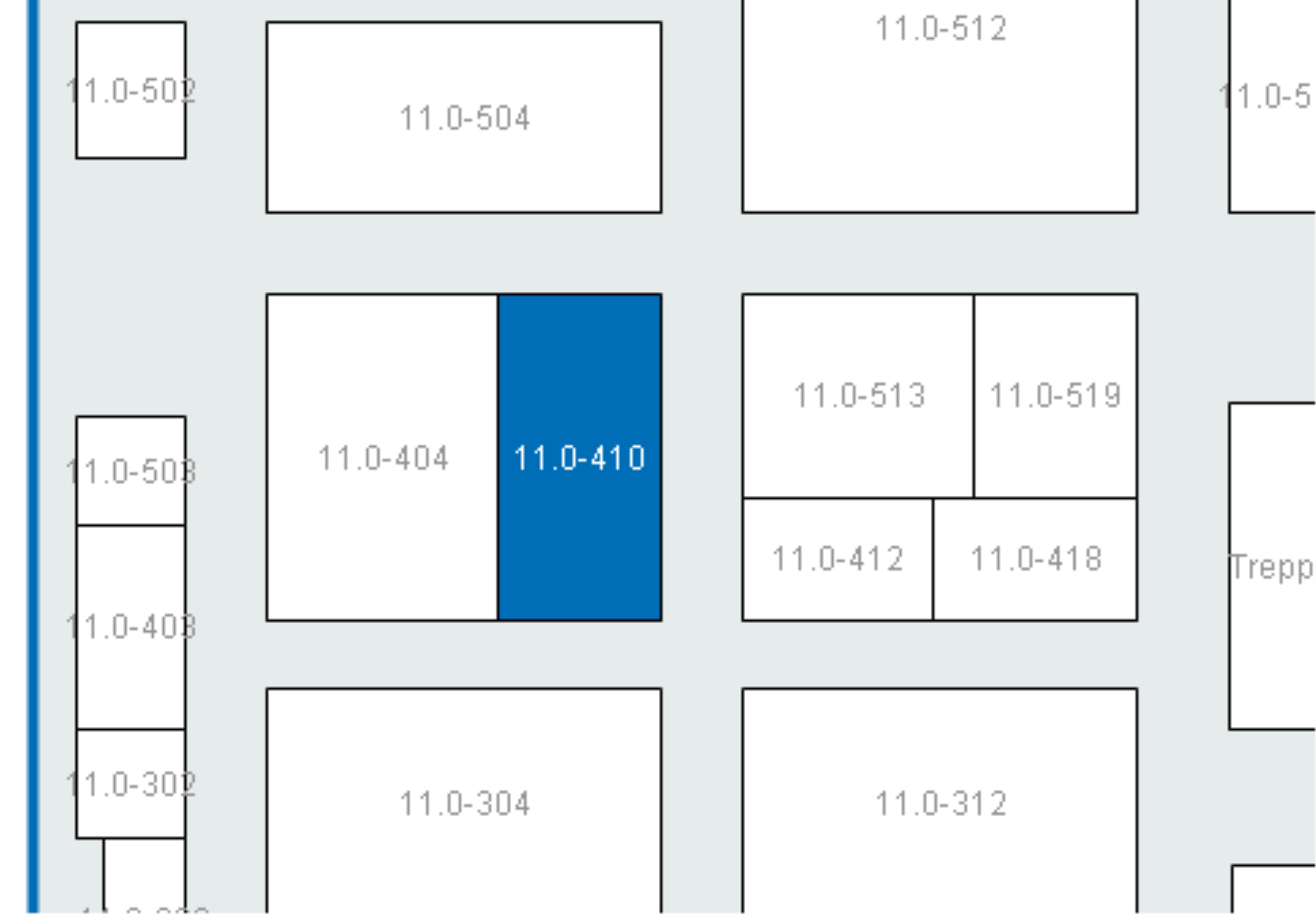 This exhibitor has no job vacancies

Samsung Electronics GmbH offers you products from these product groups:

Clicking on an exhibitor opens his profile with more information.